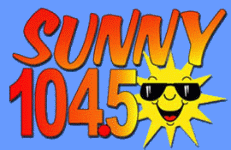 August 10, 2006 will go down as one of the most historical days in Philadelphia radio history. At Noon, Clear Channel blew up the formats of two of their five FM stations simultaneously.

While Smooth Jazz was disappearing from 106.1 WJJZ, 104.5 WSNI was saying goodbye to its Gold based AC format. In both of their places appeared Rhythmic AC “Philly’s 106.1”. It wasn’t a simlucast persay, as FCC regulations forbid two stations with identical coverage from duplicating so much programming, however the same songs played in the same order with different sweepers and commercials leading to the music not lining up completely. The purpose of the so-called “shadowcast” was to get Sunny 104.5’s audience to move over to the new 106.1 format before the debut of 104.5’s new format on August 23.